Early stages of breast cancer don’t manifest any signs or symptoms at all. Different people have also experienced different symptoms, but there are some warning signs of breast cancer that we have to be on the lookout to:

Not all lumps or swelling in the breast is cancerous. Although it is important to have any breast mass to be checked by an experienced health care professional.

Although occasional breast pain is normal and can be affected by a woman’s menstrual cycle, consistent breast pain that is localized in one area needs to be examined by a doctor.

An inverted or retracted nipple can be caused by numerous conditions, not just cancer. However, if retracted nipple causes pain and irritation and if any swelling, redness, and thickening of the skin is experienced, further examinations need to be done. If cancer is suspected, a needle biopsy will be recommended by the doctor.

Other signs and symptoms include:

– dimpling of the breast tissue which is similar to an orange surface
– a red, scaly rash around on the skin or on one of the nipples
– other fluid or blood fluid discharge from the nipple
– change in the appearance or size of the breasts

Unlike a lot of medical conditions that can be improved through natural methods, high quality mattresses, and homeopathic medicine, breast cancer can only be treated through medical means.

Depends on the kind, its stage, and how far it has spread, breast cancer is treated in several ways.

For most, the doctors perform surgery to cut out cancer tissue in the breast (lumpectomy) or remove the whole breast (mastectomy).

This treatment used high-energy rays similar to x-rays to kill the cancer cells. Most women who have a lumpectomy get radiation, too. Radiation helps destroy any cancer cells that were not removed during surgery.

Either a pill taken orally or given intravenously, or sometimes both, this drug is prescribed to make tumors smaller or kill any cancer cells left behind after surgery. Although chemo works well in treating cancer, it is also known to harm healthy cells and can cause side effects such as hair loss, nausea, and mouth sores.

This treatment blocks estrogen and progesterone, the two hormones that can make cancer cells grow.

Also known as Targeted therapy, it uses the body’s immune system or hormonal system to fight the changes in cells that lead to cancer.

Apart from the standard medical treatments, there are complementary and alternative medicines and health practices that can be considered to treat breast cancer. Although not rooted in medical scientific knowledge, treatments such as meditation, yoga, herbal supplements – are used by some patients to manage the disease. 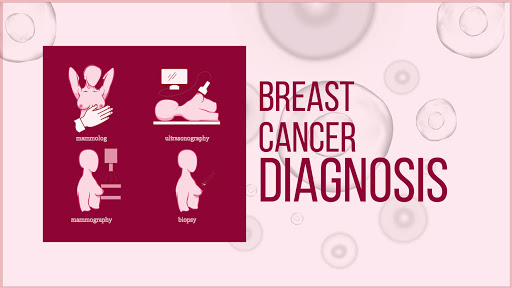 Multiple tests can be used to detect the disease. If diagnosed with breast cancer, additional lab tests are done to assist with prognosis. Lab tests such as the Hormone Receptor test and HER2/neu Test are done to provide insight into which cancer treatment options are most effective for the patient.

Before women even experience symptoms, a mammogram which is the process of using a low-dose x-ray type of breast imaging machine can detect cancer early. Mammogram is effective in early breast cancer detection and help decrease breast cancer deaths.

Considered as a non-invasive, this is usually used as a follow-up examination after an abnormal result is detected on a mammogram test. A breast ultrasound is used to screen mass and other breast abnormalities using imaging machines. However, it is not generally effective in detecting early stages of breast cancer.

Magnetic Resonance Imaging or MRI is an imaging technique to create detailed images of tissues and the organs within the body. A breast MRI is often done in women who have already been diagnosed with breast cancer to determine the size and extent of the breast cancer.

A breast biopsy is a way to evaluate a suspicious area in the breast by extracting tissue from the area which is then checked at in the lab to see if they contain cancer cells. Some biopsies are done using a hollow needle, and some use surgical (open) biopsy.

Once breast cancer is detected, doctors carry out tests to check how big the cancer is and how far it has grown – this is called staging. Cancer staging is important because it helps the doctors to know what type of treatment – surgery, radiotherapy, cancer drugs – can be used to get rid of the cancer completely.

It means that the cancer has been found in the original place (ducts or milk glands) and has stayed there. It still doesn’t affect any healthy cells yet and has been diagnosed early.

At this level, breast cancer is now called invasive, meaning it has been broken free and attacking healthy tissues. This can be further categorized as Stage 1A and Stage 1B. Stage IA means the cancer has spread into the fatty breast tissue and Stage IB means the small number of cancer cells have been found on lymph nodes.

At this stage, the cancer has spread, grown, or both, albeit still small.

This means the cancer has spread far away from the breasts and lymph nodes. This stage is described as “metastatic” meaning it has spread to other areas such as bones, liver, lungs, ovary, and brain.

According to the National Cancer Institute, the 5-year survival rate shows how many people live after being diagnosed with breast cancer five years after they were diagnosed. The lower the stage, the better chances of living longer. 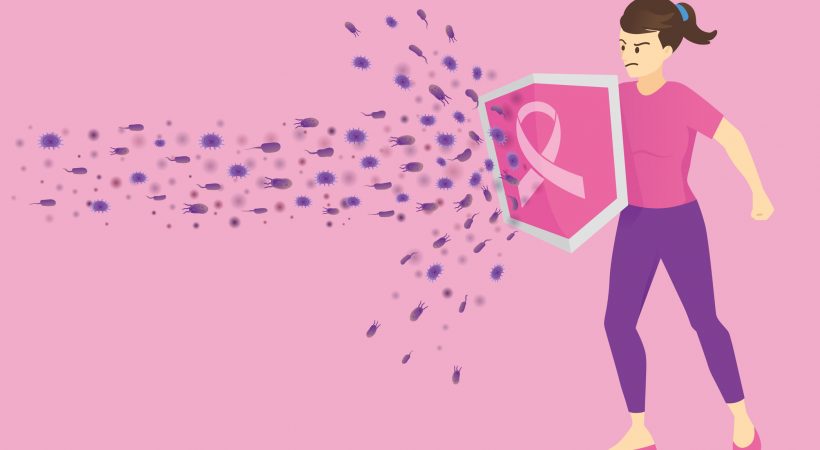 In 2020, more than 200,000 new cases of invasive breast cancer are expected to be diagnosed in American women alone. Out of which, about 42,000 of them will die due to the disease. Breast cancer is one of the most commonly diagnosed cancers around the world with over 2 million cases in 2018.

Cancer grows when a cell is damaged. Uncontrolled growth of damaged cells in the breast creates a mass of tissue called a tumor. The type of breast cancer that starts in the lobules is called lobular carcinoma and if found in the milk duct, which is the most common, is called ductal carcinoma.

The exact cause of cancer, in general, remains unclear and breast cancer is no exemption. Medical world seldom know why one person develops it and another won’t. It could be environmental or genetic, or in most cases, a combination of the two and most women who have breast cancer will not be able to pinpoint the exact cause.

However, there are many known risk factors that make a woman (or man) susceptible to develop breast cancer.

Most breast cancers are diagnosed after the age of 50 and its risk increases as women age. As people age, abnormal changes in cells are more likely to occur and based on data from 2012-2016, 62 is the median age of diagnosis in females with breast cancer.

Although men can develop breast cancer, there are nearly 100 times more common among women than men. Based on statistics, only 1% of all breast cancers are diagnosed in men and most cases are only diagnosed between the ages of 60-70.

Having an immediate family – mother, father, child, sibling – diagnosed with cancer, gives the person a higher risk of being diagnosed with breast cancer, too. And if the relative was diagnosed before the age of 50, the risk increases.

According to the American Cancer Society, there are certain genetic mutations that will give a person a highly likely chance of developing breast cancer by almost 70%. A woman who has a BRCA1 or BRCA2 gene mutation have a higher risk of developing ovarian cancer, breast cancer, and some other cancers.